Been writing a project of displaying .bmp images from sd card on a tft lcd display. At some point, i finally managed to display the pictures, but something was really off. The colors were inverted. The funniest thing was this: when i tried to display a picture with solely RGB colors, it really worked correctly lol. Except some weird artifacts, which you can see on the image below. I talked to someone at that moment, who noticed these artifacts, which i didn't.. And, after reading my excerpt from the conversion algorithm, said something about the weirdness of using "lower" bits.

So, sometimes the issues can be not apparent in any way, but often are very easy to fix. Try to look at it from the different angles, or even ask someone about any random ideas. And of course you can see the fruits of my work below! 🠓 🠓 🠓 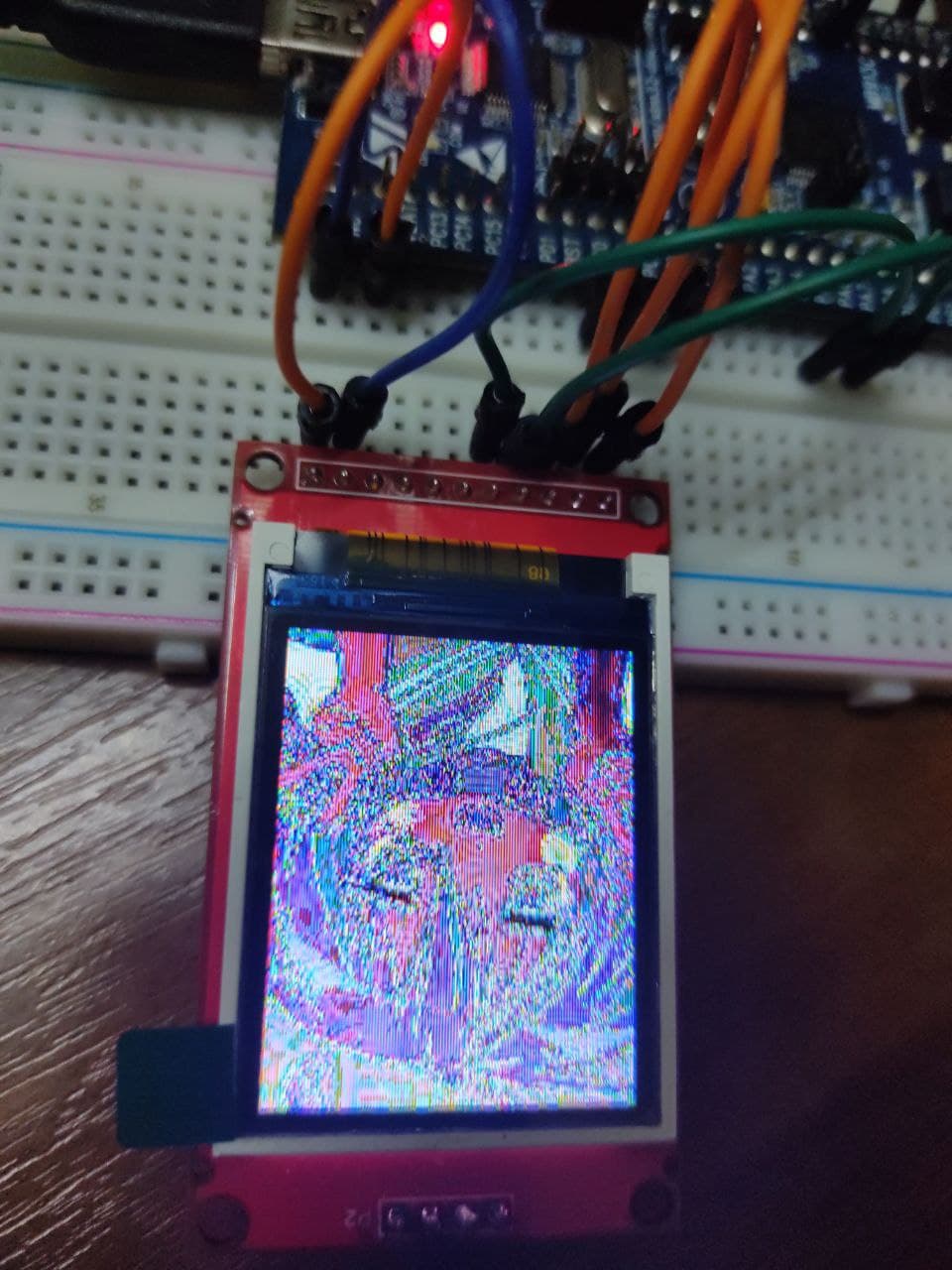 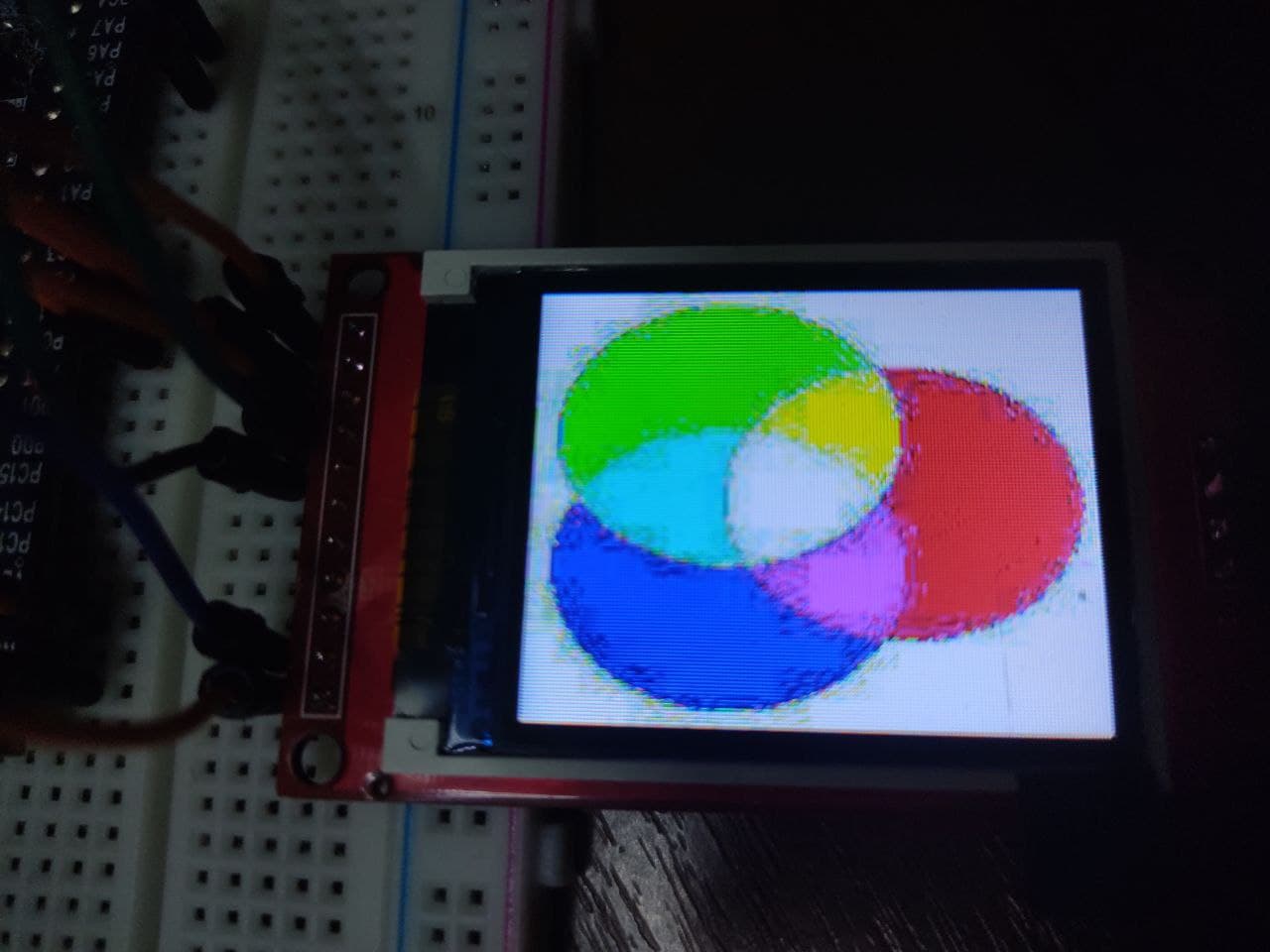 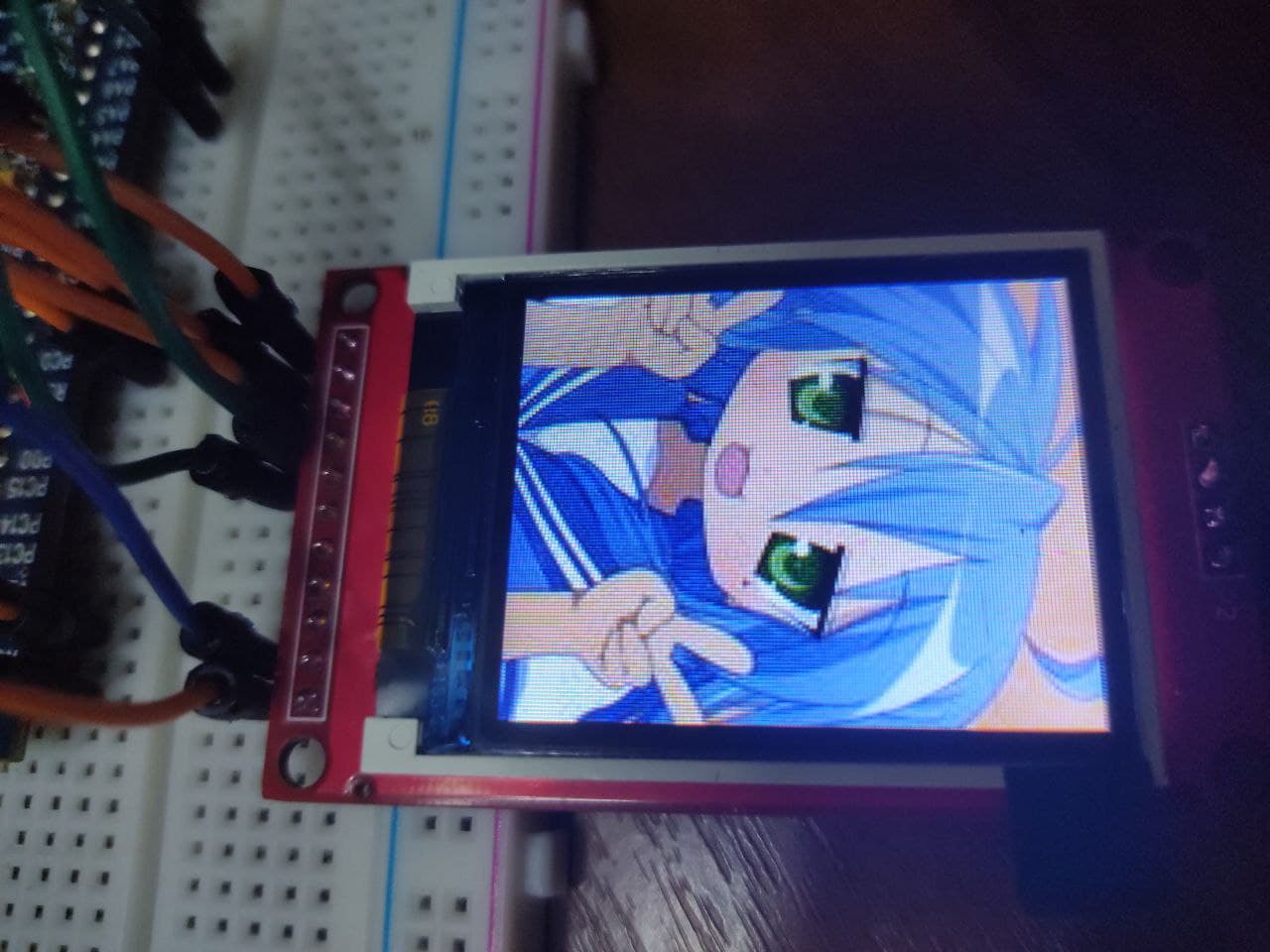 About hardware "debug" and "useful" documentation

Spent some time debugging my SPI SD card adaptor - it simply wouldn't start. I retried everything, including fully resturing project's fork and replacing SPI peripheral with the first one. At some point, i wasn't sure at all what to do, so i decided to take some arbitrary actions. Suddenly, i tried to supply the module with 5V instead of 3.3V. It immediately worked out! Lmao. The funny part is - the documentation says it's 3.3V compatible. I laughed then for quite a while. Be careful with chinese module clones.

I'm trying to set up timer input capture for so many days already (stm32 + cmsis + spl).. Seems really impossible. No matter what I do, capture/compare registers (CCR1, CCR2) always return 0. The timer itself works, because CNT (count) register returns valid values between 0...max (max = 9999 in my case). I tried to use both TIM1 and TIM2 for input capture, but neither worked.. I'm posting this here as a reference note for myself in the future - I guess, you will laugh once reading this. xD. What a noob i am. Gonna keep trying to set it up, though, i guess, at some point (measured in several days) I'm gonna give up and return to this thing later.

Btw, I need this setup for using the ultrasonic sensor - a device for measuring distance to the closest obstacle. It has two pins - Trigger and Echo. Its protocol is very simple - you send a 10 μs trigger and it returns a signal, the length of which is proportional to the measured distance. (It measures the distance by sending 8 40 KHz ultrasonic signals, of course.) So, to know the measured distance, i need to measure the Echo pulse width... What a pity, I can't do this yet. It just isn't working out.